Welcome to the Honorary Hotel Leipzig 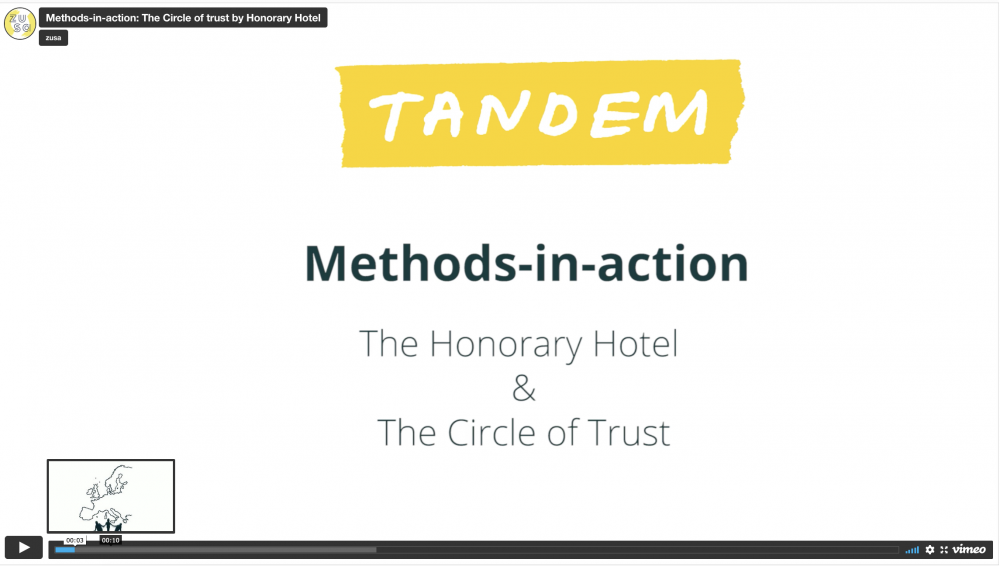 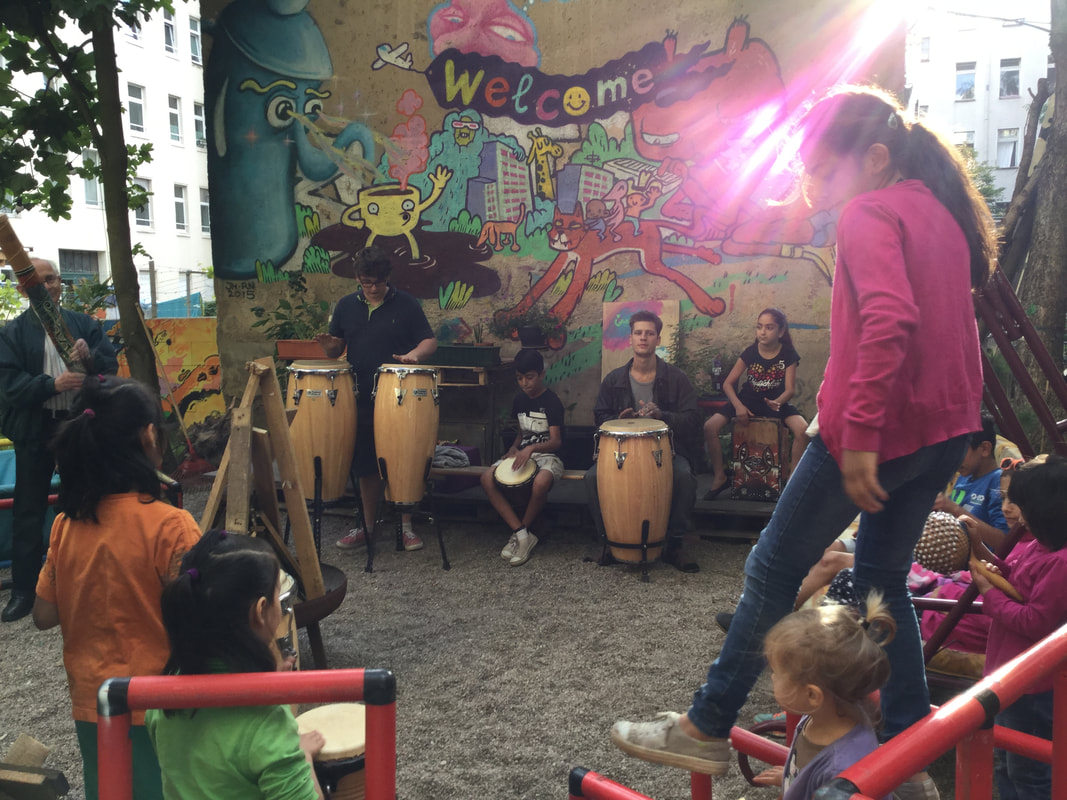 In Leipzig's city center, artists from the association "Helden Wider Willen e.V." are creating the improbable: they are renovating an empty street without gentrification and with the help of the diverse neighborhood.

According to the headlines, it is "the worst mile in Germany": a high crime rate gives the Eisenbahnstraße in East Leipzig a bad reputation. Who would want to create a cultural offer in such a neighborhood? “We” thought the artists who live there and who know what moves the neighbors. With a lot of commitment and a few project funds - always too little, always limited - Ariane Jedlitschka and her colleagues have developed a diverse project.

Actually, the reputation of the district has become an impulse, says Ariane. “We have developed a Green Parade here, a street parade. In 2015, there was a shootout in Eisenbahnstrasse that killed one person. The LEGIDA meetings took place regularly, not far from the main train station. Helicopters circled the neighborhood and then ten refugee families arrived and we thought: How do we deal with this? We didn't want this police presence, which seemed somehow oppressive, to convey an impression of renewed danger. We therefore made a loud and happy parade with music and drama. We built big figures with the children, colorful things and we took them to the streets.”

Cooperation for a diverse urban society

This is where the Honorary Hotel is located. It is named after the motto of the art project "Honorary Office" by media artist Antje Schlencker. Committed people received certificates from her that confirmed their voluntary work. This can be very helpful when visiting a job center or when applying for a job. Artists who are invited or who want to carry out projects with the city society on their own initiative live in the hotel from time to time. Lucy Steggals from London was here with the Saturday Museum, a mobile museum displaying found objects. She has worked at the famous Turner Contemporary Gallery in Margate, UK, with which the association has been cooperating since 2012 to learn from each other how cultural participation is made possible.

Even if not everyone shares this welcoming culture, the Honorary Hotel and its makers want to invite those people who are interested in overcoming their fears and reservations about other cultures and people who are supposedly foreign. The so-called help* festival also offers a special setting for this every year.

Getting a project like the Honorary Hotel off the ground took a lot of perseverance. The makers invested their own money, took over two abandoned houses as the association "Helden Wider Willen e.V." They have applied and continue to apply to numerous ministries and foundations, raising funds for the expansion of meeting rooms and for events - with success. They were selected as one of 16 pilot projects as part of the National Urban Development Policy.

The Cultural Office in Leipzig and the Cultural Foundation of the Free State of Saxony are also involved in the artists' projects. A cooperation with the renowned Grassi Museum of Ethnology is currently being established in order to expand the artist-in-residence program in the houses. But also to inspire the neighbors and actors with whom they are already active for the museum and to build a bridge to the diverse urban society. The Telekom Foundation also promotes and supports the participation of young people in technical do-it-yourself workshops in the project "Discover today what we will do tomorrow".

The quarter is colourful, with many international students who (still) find low rents here, and a relaxed atmosphere, for example in the KuApo (culture pharmacy), a café and bookstore with live music. Here I sat down with Ariane and a cappuccino, Ariane introduced me to neighborhood life on a large poster. On it you can see: a mosque, a Korean community, a Japanese house. In 2015, a small community accommodation for refugee families was also opened.

“Men are very present in the numerous clubs and arcades along the street, but a few years ago a place for women and girls emerged. Founded by Frauenkultur e.V., the MIO girls’ club opened around the same time as we did.” Ariane is happy about that.

According to Ariane, older Germans who have lived in the district all their lives are often very friendly and are happy about the commitment of the young people. But they too feared displacement due to rising rents. For example, the former chairman of the citizens' association in the Volkmarsdorf district of Leipzig is always happy to help. Other Leipzig residents also offered their support: For example, a former window cleaner who cleaned all the windows free of charge "so that the artists also have a clear view". A Turkish builder loaded sacks of plaster in front of the door and flowers for the backyard garden. He encourages the "heroes" to keep at it, but also advises them to ask other companies for support.

Potatoes, beans, apples, all kinds of vegetables and fruit are also an important part of the meeting place. Every Thursday, farmers from the Leipzig area deliver regionally produced food, which can be pre-ordered online in Hilde's farmer's market via the Marktschwarmer.de platform. This creates chats on the open street, tips and recipes are recommended, and even the backyard becomes a lively playground.

"The encounter does not take place in theory, but in something everyday, and this creates a really interesting and binding exchange," explains Ariane.

She also tells that the old houses consist of many small apartments, radiate little openness, little sense of community and how the addition of communal balconies has transformed the coexistence of the residents. The balconies each serve two or three apartments. In this way, the neighbors can easily get to know each other by sitting together informally and reviewing the day together in the backyard in the evening.

It even turned into a love story. A former resident who had already moved away came back to visit. She wanted to pick up a few more things and met her former neighbor, an artist from Canada, for the first time. On the balcony, of course. They are now a couple and are already planning to study together in Cologne.

A meeting place created to buy potatoes, produce art in a social context and enable creative collaborations: these are the focal points of the project. It still looks like a somewhat chaotic construction site, but the project manager is full of energy and is currently planning to set up a community radio, the street radio E, to pass the microphone on to the neighborhood so that they can respond to the bad reputation with their own voice be able. Your street may be the so-called "most dangerous" in the state, but it's also full of joie de vivre and commitment. Here, and not in the trendy cafés, the right alchemy is created.