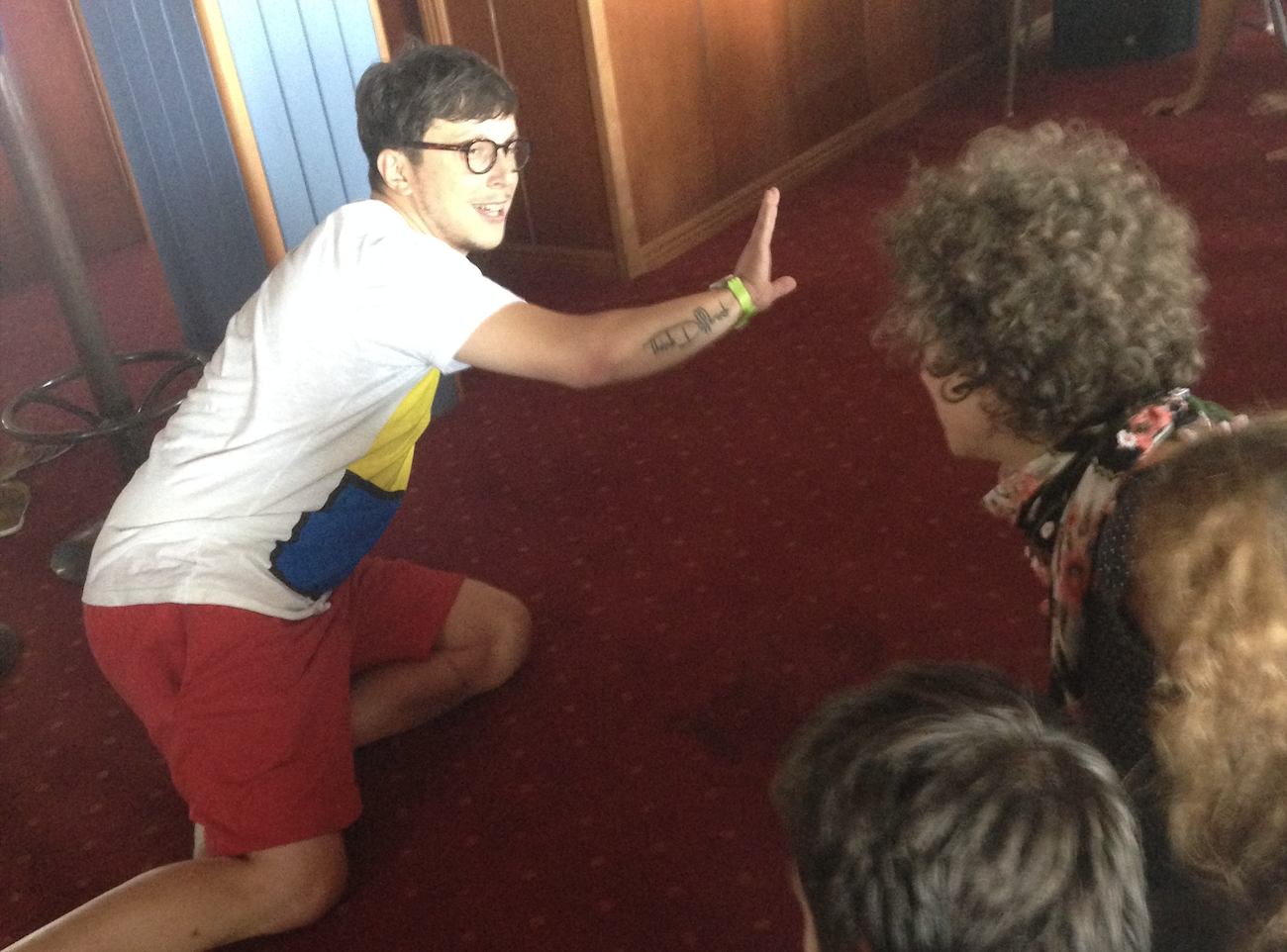 For the team of creACTive, it all started in 2003, when they were first introduced with Forum Theatre - a type of theatre created by the theatre practitioner and political activist Augusto Boal. The participation in a Forum Theatre workshop made a huge impact on creACTive’s youth workers and trainers, and the technique became a trademark of organization’s work with young people in the years to come.

Forum Theatre is part of Theatre of the Oppressed, which is a performance based educational approach that is using acting to teach people to actively deal with oppression. While working with workers and peasants in Latin America, Boal developed a form where the oppressed become artists. Through various tools and exercises that Boal invented or adapted, the participants in a Forum Theatre session can develop a theatre piece that derive from their own experience of oppression. The purpose is that the participants confront real-life problems in a safe environment, and practice different ways in which they can react to break the oppression. During a Forum Theatre performance, those watching turn from spectators to Spect-Actors, and have a chance to take the stage and replace the Protagonist – an oppressed person who is defeated or frustrated by an Antagonist. Offering alternatives to the actions of the Protagonists, the participants practice solutions that they can use when they face oppression in real life.

“The theatre itself is not revolutionary: it is a rehearsal for the revolution.” – said Augusto Boal. In a way, Forum Theatre has served as a rehearsal for many small revolutions in the lives of young people that creACTive worked with. From supporting students to face their challenges in the education system, through dealing with gender-based violence, to empowering victims of various forms of discrimination, Forum Theatre has proven to be an effective tool in youth work. For Dragan Markoski, one of the founders of creACTive, the approach is useful because it provides a safe space for young people to express themselves and get empowered, while also having fun and developing their creativity. Dragan went on to apply the exercises of August Boal beyond Forum Theatre itself, incorporating them in other trainings and activities for young people – even in formal education when he became a high school teacher. The versatility of the exercises is a great added value, as they can be easily used as energizers and team activities in various settings.

There are plenty of resources on Forum Theatre that you can access online. A great way to start learning about the approach is by attending one of the many trainings that are organized worldwide. As an alternative, you can start by reading Boal’s books Theatre of the oppressed and Games for actor and non-actors. You can also take the free online course about Forum Theatre, hosted by SEEYN Learning House at http://www.seeyn.org/elearning/course/view.php?id=28.