SUPERBLOCKS: On the road, get set, go! 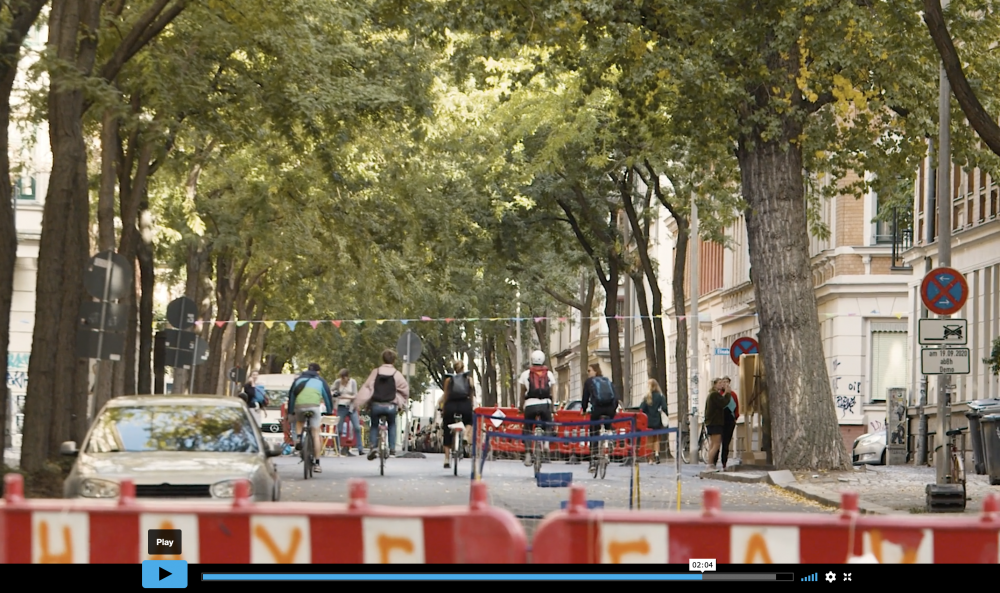 We are rediscovering public space and want to change something, because the street is there for everyone.

The first Leipzig super block is being tested in the side streets around Eisenbahnstrasse. The project New Sewing - SUPERBLOCKS Leipzig creates car-free streets with temporary road closures and diagonal blocks. People can now meet on closed roads and meet to exchange ideas. More greenery and less traffic also increase the quality of life.

On the first four days of the campaign, the newly acquired meeting place could only be reached by bike or on foot. Many people were asked how they felt in the project area and what they wanted there. Visitors exchanged ideas with their neighbors and got to know new perspectives. The project participants have also learned a few things from testing the diagonal locks, e.g. B. how much sneak traffic passes through the residential area at peak times in order to avoid traffic jams on the highways and how many cyclists use the parallel streets of Eisenbahnstraße. And above all, how many children suddenly play in the streets when there is space for it. Other actors also used the newly gained freedom. In the "Street School" there were workshops, food and music on the street.

The co-productive cooperation between the city administration, political representatives, the sponsors and the Helmholtz Center for Environmental Research (UFZ) was intensified and a project advisory board was founded. This bundles knowledge, goals and planning and thus contributes to implementation and long-term urban development.

The Kollektiv Plus X e.V. association developed the corporate design for the temporary structures and urban interventions on the street.

An interactive exhibition for the public space is currently being developed, because the temporary campaigns are just the beginning: The experiences from the campaigns should lead to a long-term traffic experiment. And for those involved in the project it is already clear: SUPERBLOCKS for everyone!
The next days of action will take place during the European Mobility Week from September 16th to 22nd, 2022. Until then, all interested parties are invited to participate. Contact us and tell us about your ideas: info@superblocks-leipzig.de